Another amazing week in this incredible part of the world!

We started our second week of this tour In Cholpon Aty. Amongst other amazing sights we visited the Cholpon Ata Petroglyphs site, the temple in the open air of Scythian and Hung suncivilizations in 9-8 centuries BC till 3-4 centuries AD. 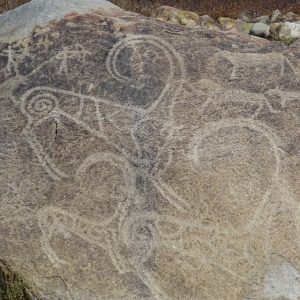 Then it was on to Bishkek and the ancient town of Balasagun which is home to Burana tower. The tower is 24, 6 metres high (the original height was 45 meters). 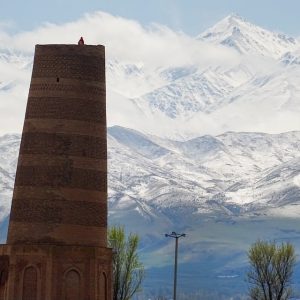 Our visit to Ala Archa, 40 Km south of Bishkek, which is a beautiful National park showcasing the towering peaks of the Tien Shan (celestial mountains), was just magical! At an altitude of 1600-4800 m, it occupies an area of over 2,200 hectares. At this time of the year it looked just like a winter wonderland. 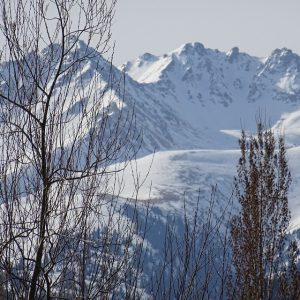 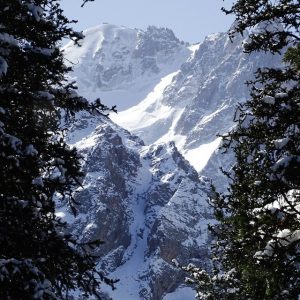 In Bishkek, we did a fantastic city tour which included a visit to Manas Monument, in Honour of the main national hero of the Kyrgyz people, and Ala Too Square where we watched the ceremony of changing of the Guard of Honour. 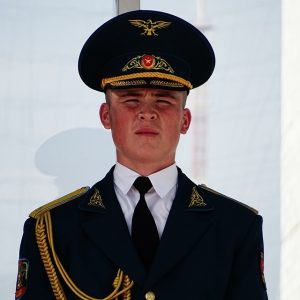 Also on this tour we visited the Old Square with Parliament House and Lenin’s Monument. 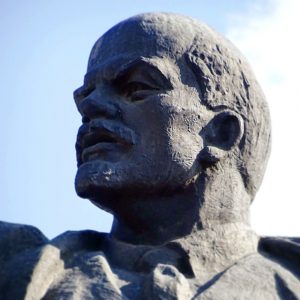 Continuing on we flew to Tashkent then on to Samarkand by “Afrosiab” the high speed train (260 km an hour) at the centre of the old Silk Road. Another incredible experience! Once in Samarkand, we did a full day city tour to visit Gur Emir which is the mausoleum of the Asian conqueror Tamerlane and his descendents.

Registan Square is such a picturesque square,  made even more spectacular by a hot air balloon that just happened by… 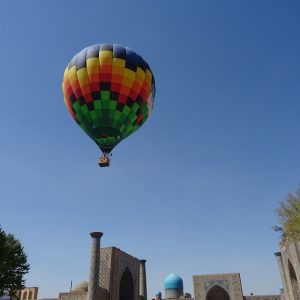 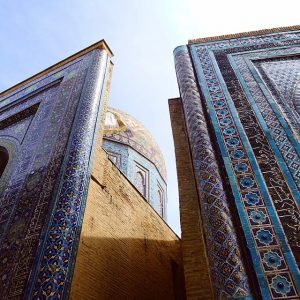 Detail of the inside of the dome – 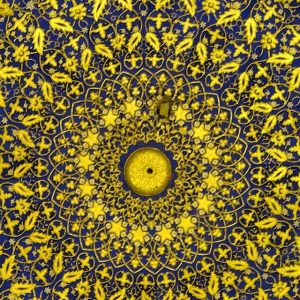 Then it was the 3 D light show in Registan Square. An incredible experience telling the history of Uzbekistan and the glories of Temir the great conqueror. 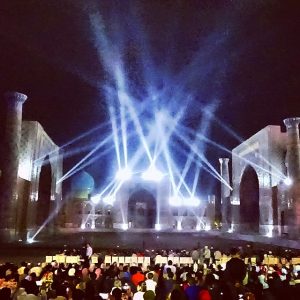 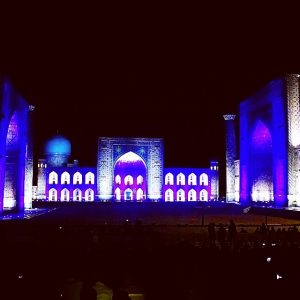 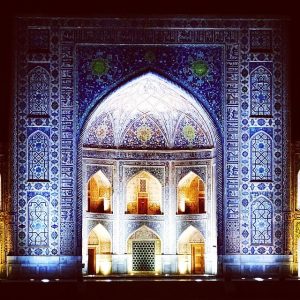 We wrapped up our visit to Samarkand with a quick stop at the nearby Silk Road bazaar. 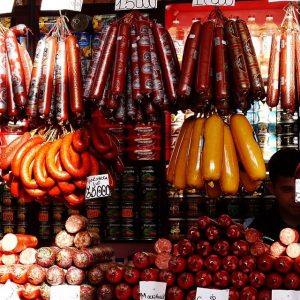 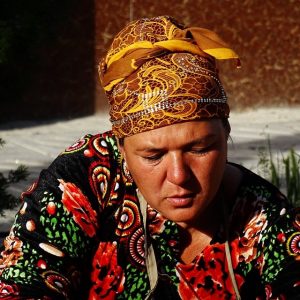